For the Italian version, please, scroll down

When I moved to Berlin, I already “come out” some time prior. I had had three important relationships, which marked me deeply. Intense stories, beautiful, dramatic, difficult, the last one lasted about five years. I had worked hard to undermine prejudices and influences inculcated in me by a Catholic, puritanical, and well-to-do society, but even so, I was a very different person from who I am now. I pronounced the word „homosexual“ lowering my voice, as if it might offend someone. I had difficulty living sex freely, as if it was a mistake, a sin. Without realizing it, I judged too harshly every choice of mine that endorsed pleasure, so much so that I could not fully enjoy the freedom that I had.

Only when I walked away from Italy did I let down my defenses and put a bit of lightness in my life.
Sure, I contemplated the possibility of homosexual love, I had no complaints about the difference in age between a couple, I was aware that betrayal could have many different meanings and interpretations, but otherwise, my relationship with sex and my ideas about relationships were a bit naive and perhaps not even very open.

I knew about the impatience and the torments of human nature because I had lived my homosexuality a bit like an ordeal, but I was too taken by my via crucis (The Way of the Cross) to consider problems that I was not living in person or, empathetically, those which my close friends recounted to me. Literature and travel helped me to keep the fertile soil of my thoughts and my ideas, but behind the mask of “I refrain from judging but I would not do it myself“, I hid all the cracks of my supposed modernity and perhaps even my fears.

I do not know what it is was dependent on, whehter there are the experiences I have have in recent years here in Berlin, or the fact that in Germany the conditioning of the Church does not exist in the same way, but for some time now, my ideas about sex and relationships have changed.

The dynamics of a couple

In a post hoc analysis, I can say that the first obstacle to a deeper, and perhaps honest understanding of the dynamics of a couple was the fact that I had always thought that a homosexual relationship was no different to a heterosexual relationship.
Of course, if we want to be politically correct, we should say that there are no differences, but is it really so? I do not think so…
First of all, there is strong social conditioning and even reasons of economic opportunism that determine or influence the choices a couple make.
If you reach a certain age without getting married, although it’s no longer a real problem today, it continues to be an unpopular choice and, as far as we feel free from this kind of mentality, it is difficult to be totally indifferent to certain cultural legacies or genuine concern of friends and relatives.
There are even those who get married in order not to accept that a relationship is over. It comes from the illusion that marriage can provide new stimuli and return a little of the lost enthusiasm to the couple’s life together. So instead of letting go and dealing with the pain and with change, people bind themselves even more tightly.
Once married, the relationship – even from a legal point of view – is not just between two people, but also involves relatives, creating new bonds that even further compress the freedom of the couple and their individuality.
The same „pressures“ are valid when it comes to having children, which is added further to a woman reaching a certain age, her fertility and the reality of time passing. Moreover there is the added dependence that can arise from the weaker half of the couple becomes economically dependent on the other one.
Now, I know that my dearest friends – beautiful and intelligent women – at this point will be wrinkling their noses, but only in an ideal society can you argue that these are legacies of the past or „problems“ associated with class and draw social circles. The truth is that these constraints are common to all, albeit to varying degrees. This is confirmed by a certain type of filmography and fiction, the gossip column and the crime beat, as well as testimonies of people near and far.
It is evident, therefore, that a relationship between a man and a woman is woven on several levels and that any decision end up not only targeting members of the couple, but also children and relatives.
It is for this reason that, from my point of view, a homosexual couple should definitely not try take on roles in their relationship with dynamics that exist for other reasons, or reasons that are associated with being in a heterosexual couple. Two gays should base their decisions only on mutual interests, with the obvious advantage of not needing to add any unnecessary pressure, if it doesn’t relate to their specific insecurities and, for some, the fear of loneliness.

Everyone can decide their own rules for ‚happiness‘

Living in Berlin has certainly marked a turning point in my life and in my way of seeing some things.
In a city that is so large and multicultural – where you don’t give any importance to appearances, where there is no interference (even political) from the Vatican and from the Catholic Church to pollute people’s minds with misinformation and guilt, where a lot of foreigners live (to the extent that the physiognomy of the city has changed) – in part it shakes off that a bit provincial patina which, despite our efforts to get rid of it, still echoes in our thoughts.
Moreover, personally and also after collecting my closest friends’ testimonials, or from people I have met here over the years, I realized that when it comes to relationships, everyone can decide their own rules for ‚happiness‘.
Some have an open relationship and don’t want to know anything about their companion’s adventure, there are those who prefer to even share lovers, who are related to the two people but they have an ‚exclusive relationship‘ with both, there are those who cohabitate and who, in order to be able to make the relationship work, prefer to live in different homes, there are those who spend all their time together, and those who prefer to keep their space.
I do not think there’s anything that works for everyone, and I do not believe that a solution is right or wrong. We are all different and each of us must find our own way of feeling good in pairs. The only rule that should apply, is respect for oneself and for others. By respect I mean reciprocal honesty and not sexual fidelity.  If two adults are happy in a way that we do not understand, it does not mean that it’s wrong.

Even today there are experiences that I have not tried, things I don’t think I want to experiment with and other situations where, for now, I don’t see myself, but I no longer feel the need to say „I refrain from judging, but I would not do it myself“ in order to distance myself or to absolve myself from the possibility that others might think I would do it. I learned to see situations differently, stripping them of those moral definitions and judgments of (dis)value that I was so used to whilst living in a  society of ‚respectable‘ people. 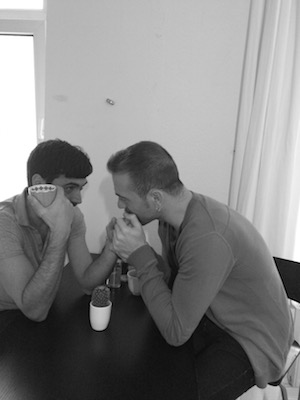 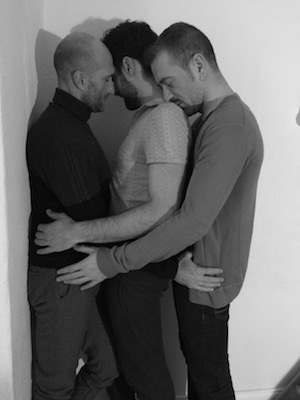