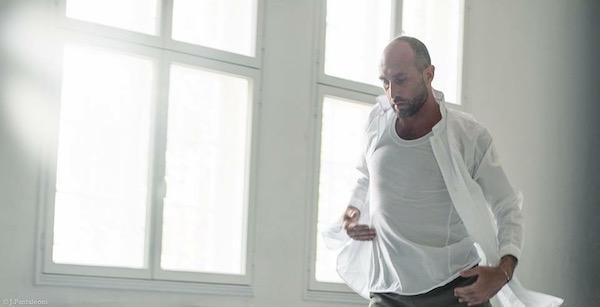 Dance is my great passion. But tenacity, the spirit of sacrifice and a lot of determination are not enough to be able to stand on stage and perform. For those who have spent most of their lives in a studio, trying to overcome their physical limitations with hard work and lots of sweat, continually memorizing new steps, handling different styles, moving to rhythms and music ranging from Adagio to Hip Hop, know how difficult it is to get into a dance company, pass the audition to participate in a show or to stage their own work. When I moved to Berlin, although I had abandoned my lawyer’s robes – which I had worn, in particular, for economic reasons, at the expense of my activities as a dancer -, I couldn’t dedicate myself to dance as I wanted to. As had already happened in Italy, the need to earn money partially changed my priorities, so I started to teach Pilates, and in spite of myself, I assigned dance to the sphere of the „unrealistic dreams“.

However, as I have already seen in this city where I live, it’s not so unusual that something unexpected can happen. Berlin is a place where people pass through, energy, culture and art, so it is not uncommon to meet someone and suddenly find yourself involved in interesting situations.
In keeping with this trend, through a mutual acquaintance, I was put in touch with Daniela Lucato, a brilliant filmmaker who was looking for dancers for a project.Her idea was, through dance, to tell the stories of some refugees who now live in Germany and then make a short film / documentary about it. After a couple of meetings, in order to get to know each other’s work, but mostly to show her my ability, through body language, to recreate the same insinuations and feelings provoked by the story of one of the refugees who was interviewed by Daniela, I became part of the Connecting Fingers cast.
That’s how I got the opportunity to dance at the Theatre Inglese Berlin: once again on stage, once again in front of an audience, this time a foreign audience. 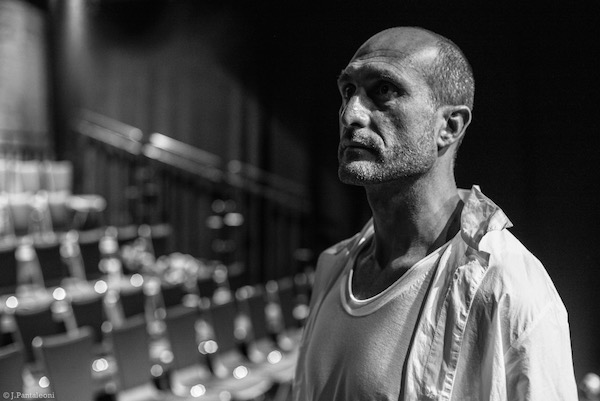 The choreography – curated by Alessio Trevisani – was powerful, direct, expressive, but not didactic.
The set design – apart from a few items with strong symbolic meaning – was deliberately sparse. Also the lights were pivotal. In contrast, the costumes, kindly supplied by the owner of the fashion house Labo.Art Ludovica Diligu, (another successful meeting in Berlin through my Pilates activity), were full of character, so as to contribute significantly to the dramaturgy of the show. There were four items of clothing in strong colours and that had clean lines which spoke of ordinary people, real, with a past made up of normal things, not dancers. Costumes that caught the viewer’s attention, wihtout distancing them from the dancing protagonists of the four stories. The audience was involved and brought into the dramatic tales, which were performed with respect and empathy, which were necessary to internalize and to transform the tales into dance. Connecting fingers was an experience filled with emotions, and it is a promising ongoing project which will keep me busy for several months to come. 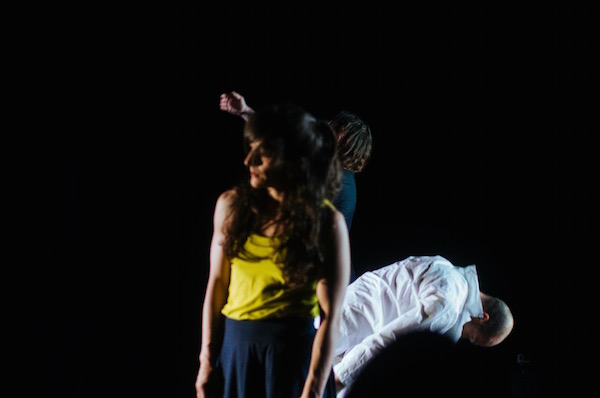 But it was not the only surprise during this period … As often occurs, you simply need to start one thing in order to trigger a mechanism whereby another thing immediately follows. Whilst I was rehearsing for the show, I was in fact offered an unmissable and exceptional opportunity: to shoot a dance video. The idea, originally by Prof. Francesco De Sio Lazzari – religious historian, writer, art lover and lover of dance – was inspired by two texts, both very intense: the first, by Plutarch, which describes the moment of death; the second, engraved on a gold foil discovered in 1969 in Ipponio (now Vibo Valentia), which contains directions to the Afterlife. The video was supposed to represent these moments through two dancers and two different choreographic moments, to be tied in a harmonious synthesis and to be touching. An ambitious challenge, which I never could have refused.

My friend David Cocchiara (who was named best dancer in Holland in 2014), was my guest here in Berlin when we got the call that got us involved in the project. After having spoken at length about the texts in order to find the right inspiration and to decide how to represent the feeling of anxiety and fear before death and the tumultuous and unknown journey to the Afterlife, we had to choose the most expressive music, the costumes and the most suitable locations to best recreate the atmosphere that corresponded to the two different interpretations. For music, after a lot of hesitation and second thoughts, we opted for the Four Seasons by Vivaldi, a composer loved by us all. For the first part, the one previous to death, that was interpreted by myself, we used the third movement of Winter, and for the second part, in which David made the journey to the Afterlife, the third movement of Summer. The costumes, particularly suited to dance in their fit and their sophisticated simplicity, were by Labo.Art, even on this occasion. Our two outfits/looks were the same – baggy pants, tank top linen gown open at the front and knee-length – but of different colors, one blue, one white. Clothes, geometries and volumes ideal for shooting the video and perfect to perform spacious and airy movements, again designed by the creative Ludovica Diligu. The location: Amsterdam. Specifically, a semi-abandoned building in which to dance Plutarch’s work, and the Vondelpark to represent the text displayed on the foil of Ipponio.
Under the skilfull direction of Boris Schreurs (the director of the video) another incredible and entirely new expereince began for me. 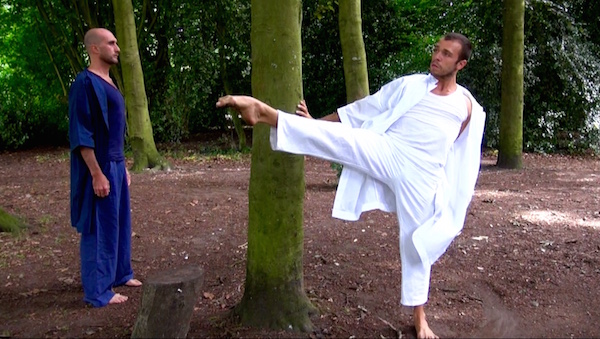 Foto from the video.

Working on a video is completely different from doing a dance performance on stage. Each choreography, as well as each transition between one scene and another, must be repeated numerous times to allow multiple-camera positions and shots from different distances. Surprisingly, and in contrast to what one might expect, the repetition of the steps does not lend itself to automatic movements, but instead favors a deeper immersion into the workpiece and a more thorough exploration of gesticular precision (as my father would say: repetita iuvant). The result: a video called

“The Outsider as Insider”

These experiences are possible because I live in a city able to relate people, to create synergies, to promote Art.
Somehow, I feel like I am in the centre of Europe, in the city where things are happening, a sort of new Weimar Republic. (The Philosopher Ernst Bloch once colled the Weimar Republic the new “Age of Pericles”).
Now, when I pass through the streets of Schöneberg on my bike, when I sit in a cafe at SchlesischesTor, or when I’m on the U-bahn, I like to think that amongst the people around me there could be the new C. Isherwood, WH Auden, S. Spender, or that through the German guys that I know, I could meet the new Erika and Klaus Mann, I like to think that Roses is the new Eldorado and a person singing on Warschauer Bridge is a future Marlene Dietrich.
Berlin is now not only the capital of the whole of Germany, a country finally united; it is also the central pulse of the most diverse cultural experiences, just as it was as during the time of the Weimar Republic (1919-1933): an experience that quickly became a fascinating myth, a time which was short-lived but fierce, splendid though always destined to come to an end. Peter Gay dedicated a volume to the Weimar culture in the 1968 called “the Outsider as Insider”, which illustrates this particular sentiment. Gay once used the following words to describe the Weimar era: “it was a precarious glory, a dance on the edge of a volcano”. Nowadays German democracy is extremely strong. It is not only defined by freedom and widespread prosperity, but also culture! 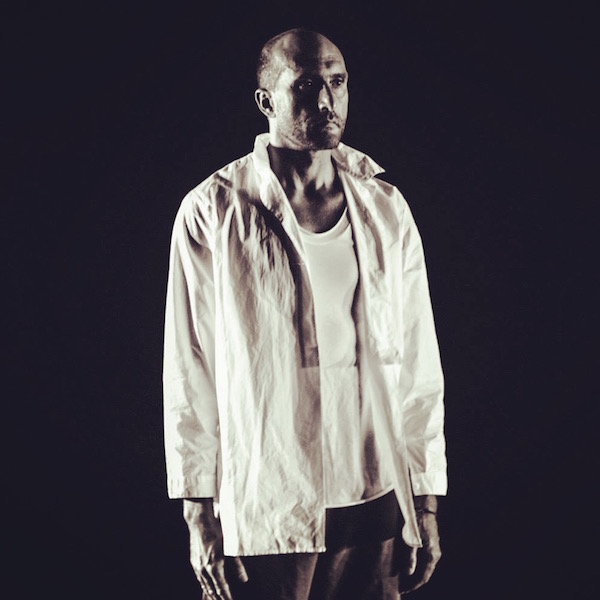 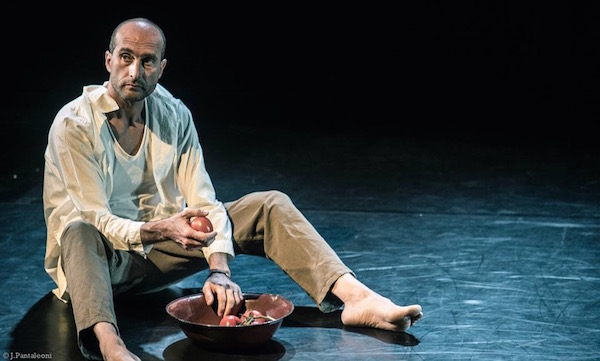 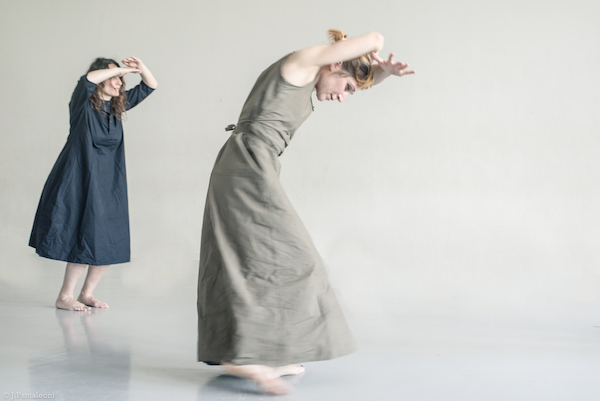 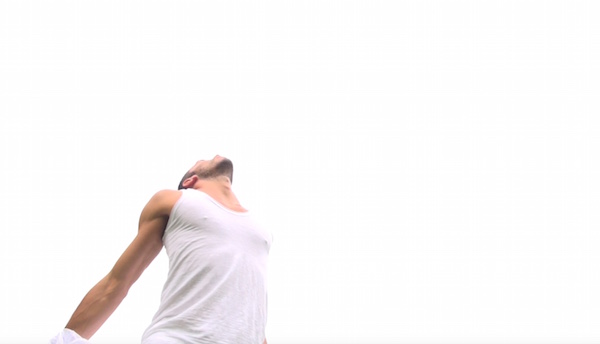 Foto from the video.

“The Outsider as Insider”